Regulatory T (Treg) cells play an important role in the control of autoimmune diseases and maintenance of tolerance. The clinical use of Tregs requires large numbers of cells and methods for in vitro expansion of Tregs are being developed. Expansion of highly purified populations of human Tregs also frequently results in the loss of Foxp3 expression during the expansion process.

There are two major subsets of Treg cells: “natural” Treg (nTreg) cells that develop in the thymus, and “induced” Treg (iTreg) cells that arise in the periphery from CD4+Foxp3- conventional T cells, which can be generated in vitro. Although they have slightly different phenotypes, their suppressive function is known to be very similar. 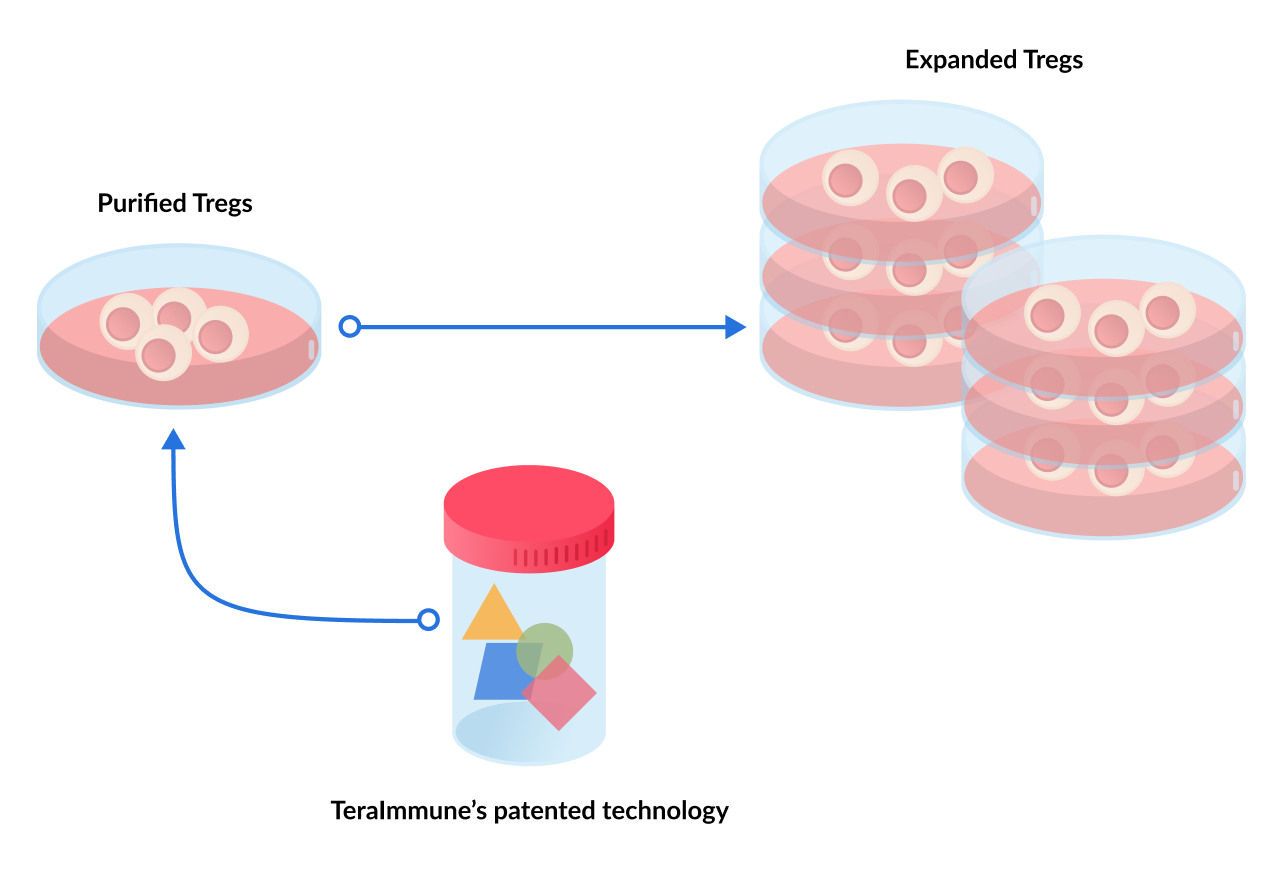 TREGableTM is a method to generate large number of nTreg (CD4+CD25hiCD127lo/-Foxp3+Helios+) without losing their suppressive activity according to TeraImmune’s proprietary recipe. It enables the expansion of Foxp3+ Tregs in vitro, results in prolonged stabilization of the Foxp3+Helios+ subpopulation and yields an optimal population for the clinical use. 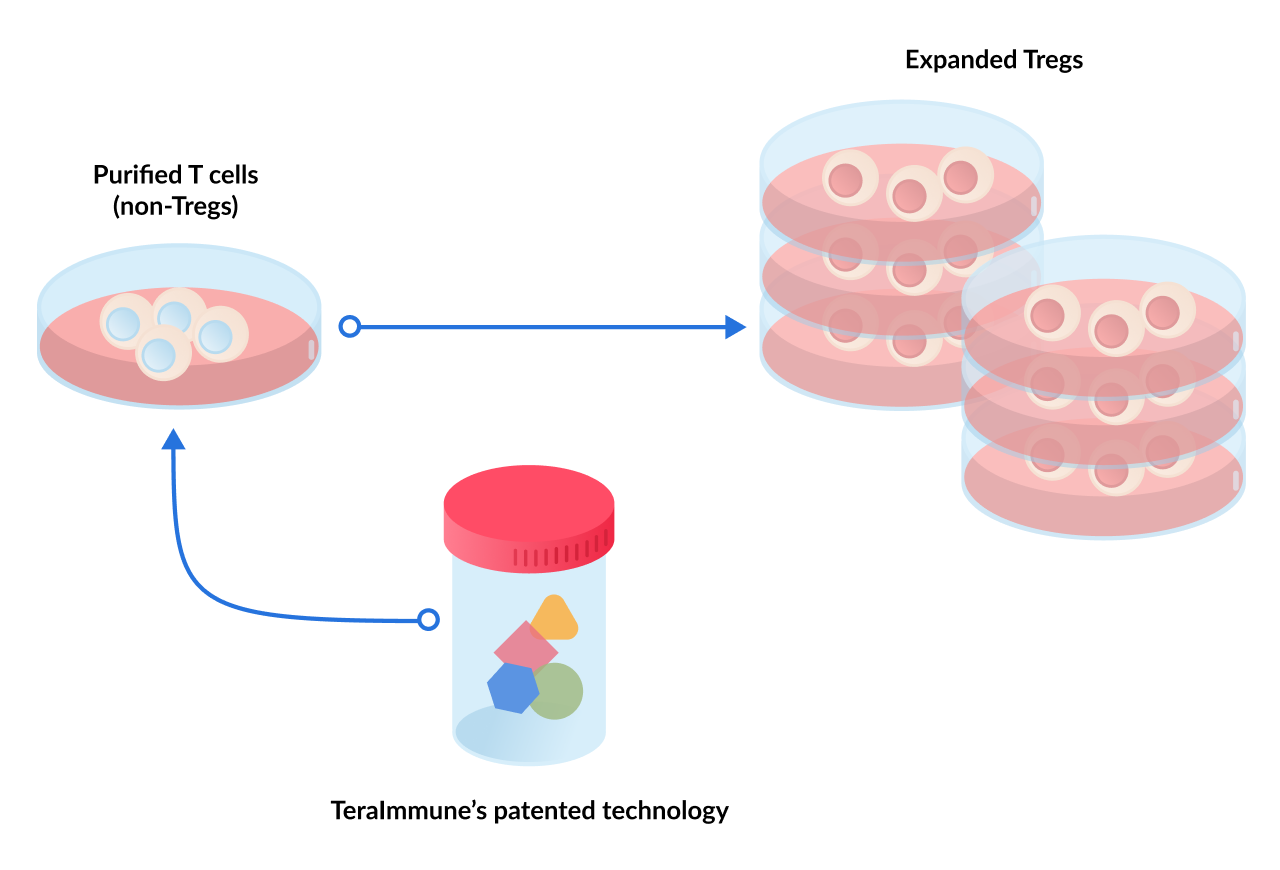 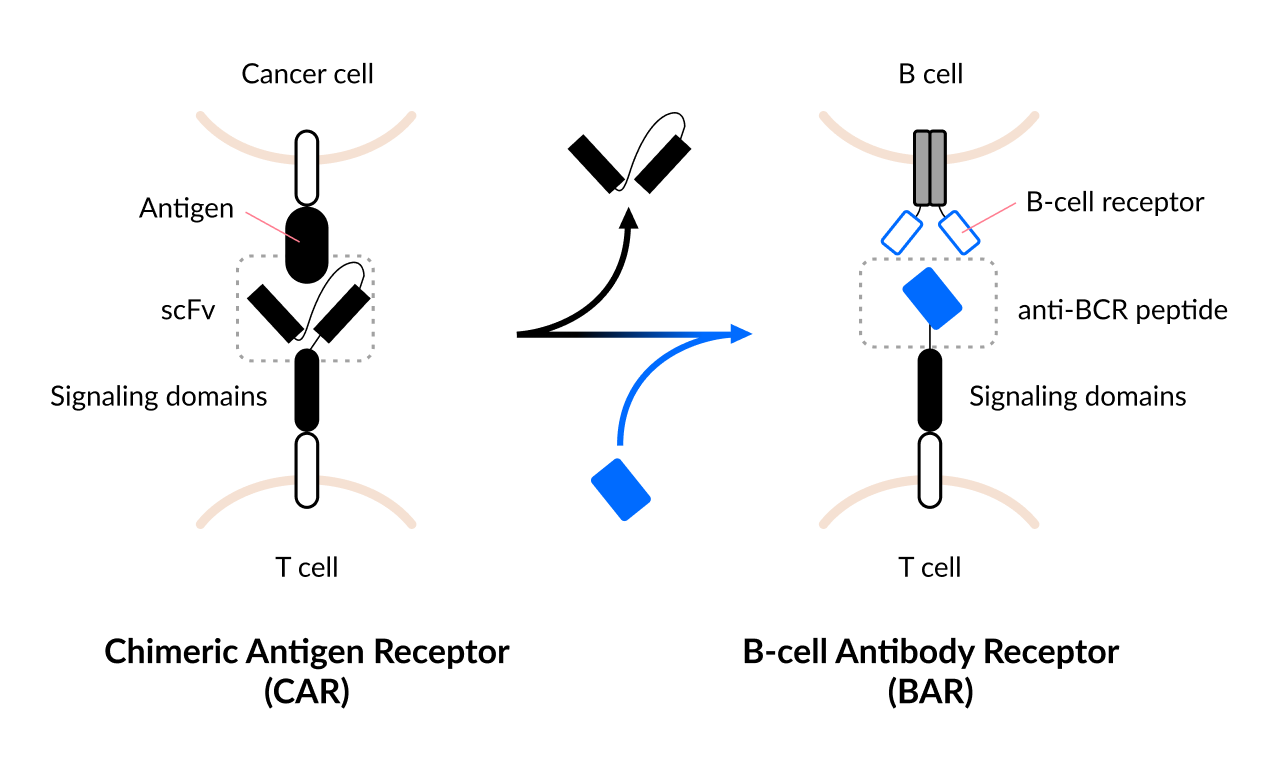 Chimeric Antigen Receptors (CAR) are receptor proteins that have been engineered to give T cells the new ability to target a specific protein (e.g. CD19 on the surface of normal and neoplastic B cells). The receptors are chimeric because they combine both antigen-binding and T-cell activating functions into a single receptor.

The B-cell Antibody Receptor (BAR) is a TeraImmune’s cutting-edge technology that is designed to target the B Cell Receptor (BCR) on the surface of B-cell subset. While the CD19 CAR recognizes all the B-cells expressing CD19 whether they are normal or neoplastic, BAR can specifically recognize BCR of neoplastic B cell. Our BAR technology can abolish the potential serious adverse events observed from the CD19-targeted CAR, such as cytokine release syndrome and neurological toxicity.